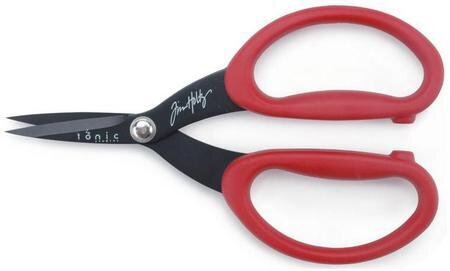 on 06/06/2017 - Tops in scissors
Have arthritis in both hands so when I first purchased these scissors I was excited cos I could actually get my fingers in the grip and could use them easily. They are sharp so must be careful, but I have several pairs around the house, and friends have purchased them too.

on 02/11/2015 - Tim Holtz Scissors
These are the most comfortable scissors I have ever used. I love love love them.

on 06/20/2014 - Disappointed
One cut and the adhesive from a foam board stuck to the scissors like glue. Not worth the price. If I could, they would be returned.