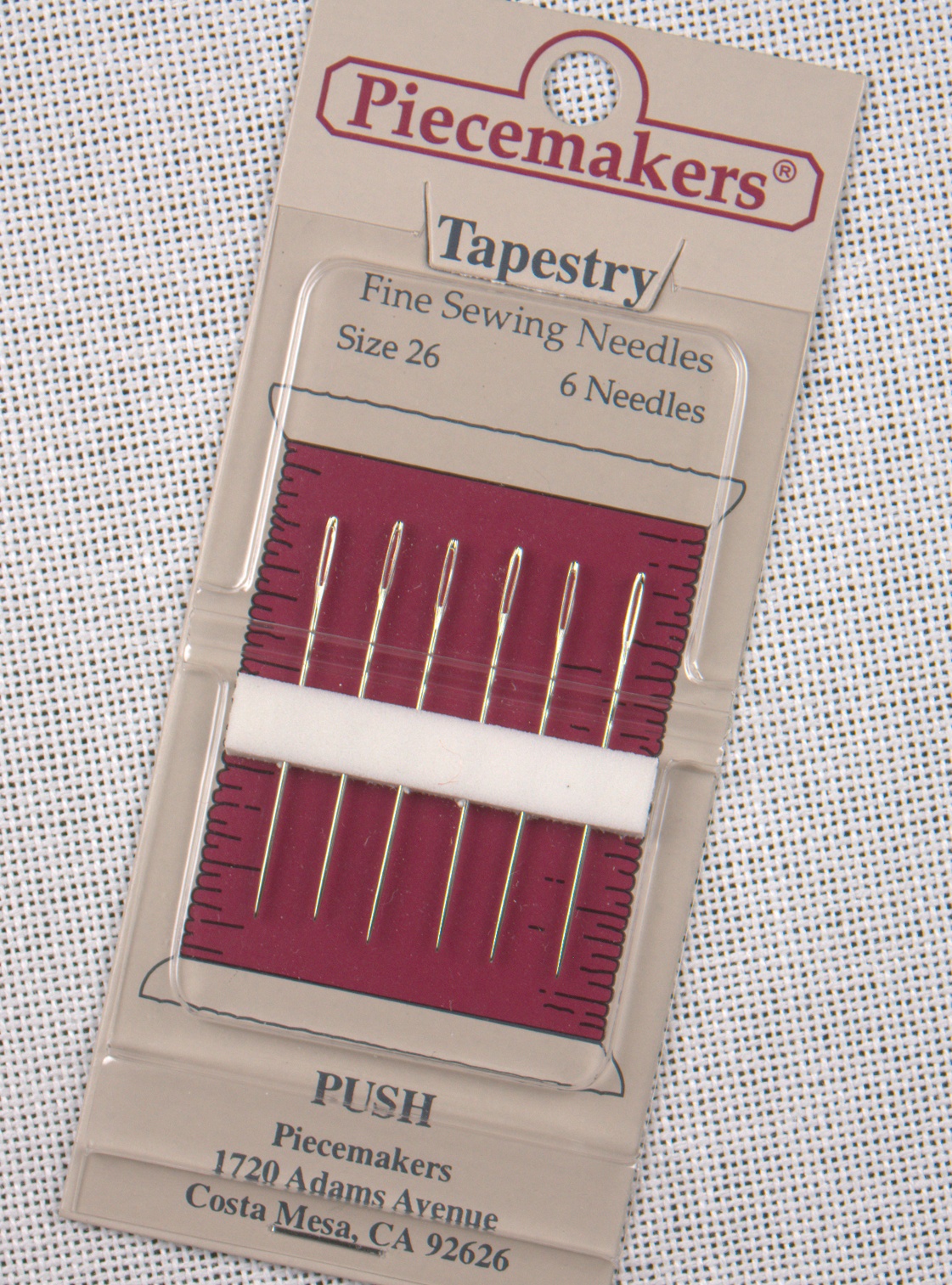 on 12/07/2021 - Top of the lot!
I like John James and love Bohin but I find I reach for these first every single time. Truly my fave needle. It's easy to thread and the floss never frays. Very smooth and a delight to use.

on 08/17/2021 - Very Good Needles
These are excellent needles, easier to thread than some other brands. They just feel good n your hard, smooth going through the fabric!

on 09/29/2020 - Piecemakers Tapestry Needles
My only difficulty with these needles is that the eye is extremely small and difficult to thread.

on 11/14/2019 - Great Choice
This is the first time using Peacemaker Needles after years of using DMC and John James I have fallen in love with these new , to me, needles , they dont bend or turn black and are easily treaded. Would recommend them to any needleworker.

on 08/08/2019 - cross stitcher
These needles were recommended to me by a friend and they have fulfilled every thing that was said about them. They are a quality needle and I am replacing all my other needles with the Piecemakers size 26, which is my personal favorite size. They stitch well, feel good in my hand and are easy to thread.

on 06/07/2019
These are my favorite brand of needles. The eye is easy to thread and the smooth finish enables the needle to glide through the linen.

on 03/08/2018 - Love these needles
Best needles Ive ever used! Easy to thread and dont catch on the fabric.

on 08/31/2016 - Nice smooth needles
I have some needles that are rough inside the eye and are rough on the floss. These are nice and smooth, easy to thread and smooth to use.

on 10/23/2015 - Wonderful Needles!
These are wonderful! I like the eyes because they seem larger. Glide well through fabric and after 63 years of stitching with many different brands, I find these to be a favorite!

on 04/05/2015 - Great needles
I have used other needles this size and they do not compare to Piecemakers. I am very happy with them.

on 11/12/2014 - My favorite x-stitch needle
Strong, easy to thread, just a bit sharper than some to make fractional stitches on Aida a breeze!

on 08/07/2014 - Review of Piecemakers Tapestry needle
I bought these needles after reading a discussion about needles on the message board. I prefer a shorter needle so I never tried them. I have been doing needlework for 40 years and these are the best needles I have ever used. I love them. Do wish they came in petite though.

on 04/25/2014 - Best needles I have found
I have tried them all and found these to be the smoothest with a large eye for threading. LOVE these needles.

on 12/03/2013 - Review of Piece maker needles
The best I have found. Far superior to any others now available....do not tarnish, have never broke an eye, better than the phony gold-plated ones that are inferior. Come from a family of an upholsterer and a dressmaker so I've tried all needles and these are the finest available...